The history of Halloween

the history of Halloween! 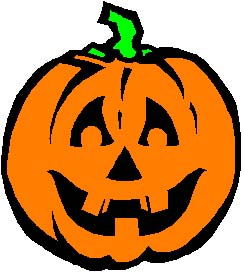 Halloween has been around since the 1800’s. Halloween has origins in the ancient festival known as Samhain. This festival was derived from Old Irish and means roughly "summer's end.” This was a Gaelic festival celebrated mainly in Ireland and Scotland.

The festival of Samhain celebrates the beginning of the "darker half", and end of the "lighter half" of the year and is sometimes regarded as the "Celtic New Year".The celebration, has some elements of death . The ancient Celts believed there was a border between this world and the Otherworld which became thin on Samhain. This allowed spirits (both harmless and harmful) to pass through. Their family's ancestors were honored and invited home to help ward off harmful spirits. People now believe that the need to ward off harmful spirits is what led to the wearing of costumes and masks. The family’s would disguise oneself as a harmful spirit and thus avoid harm. In Scotland the spirits were impersonated by young men dressed in white with masked, veiled or blackened faces. Samhain was also a time to stock up their food supplies and slaughter their livestock for winter stores. Bonfires also played a large part in the festivities. All other fires were doused and each home lit their hearth from the bonfire. In the flames people would throw the bones of their slaughtered livestock. Sometimes two bonfires would be built side-by-side, and people and their livestock would walk between them as a cleansing ritual.

The term Halloween, is a shortened from version of the original, All Hallows' Even – e'en. This is ultimately derived from the Old English Eallra Hālgena ǣfen. This day is known as "Eve of" All Saints' Day, which is November 1st. A time of pagan festivities tried to force it with the Christian holiday (All Saints' Day) by moving it from May 13 to November 1. In the 800s, the Church measured the day as starting at sunset, in accordance with the Florentine calendar. Although All Saints' Day is now considered to occur one day after Halloween, the two holidays were once celebrated on the same day.