How The 2013 New Higher Tax Rates Will Affect Luxury Housing 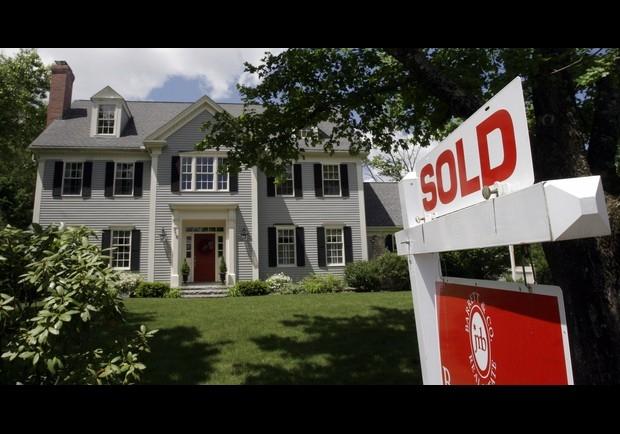 Luxury real estate surged in 2012. Nationally, the number of home sales priced at $1 million or more hit a four-year high in the first nine months of 2012, according to DataQuick MDA, and jumbo mortgages are up about 23%, according to the Wall Street Journal. Billionaires in particular plunked down record amounts for real estate.

Now taxes are rising for the wealthy Americans who could afford to buy and sell those million-dollar-plus homes. Under the new fiscal cliff deal, households earning upwards of $450,000 (or individuals earning $400,000) will pay a higher 39.6% rate (up from 35%) on income tax and a 20% capital gains tax (up from 15%). That’s in addition to a higher payroll tax and new taxes affiliated with ObamaCare including a 3.8% net investment income tax. With more money owed to Uncle Sam, how will this affect luxury housing?
For starters, it could mean less big-ticket sales in the short term. “Sales were at elevated levels at the end of the year because of tax avoidance behavior, plus falling inventory,” says Jonathan Miller, chief executive of Miller Samuel, a New York-based real estate appraisal firm. “Some of this excess year-end activity is essentially poaching from the first quarter.”

This may be particularly true of Manhattan, where sellers scrambled to offload homes before January 1, 2013, when tax cuts were set to expire with the looming fiscal cliff.  In a fourth quarter market report compiled with real estate brokerage Douglas Elliman, Miller found that the number of sales  in the final three months of 2012 jumped 29% compared with a year earlier to a record 2,598 sales. A traditionally slow time for housing, the unseasonal buying frenzy represented the highest number of fourth quarter Manhattan sales in at least 25 years. But that pace was artificially elevated, pulling activity forward from the early months of 2013. In other words, the first quarter may clock atypically sluggish sales numbers.

The same dynamic is playing out in Greenwich, Conn., where the large Wall Street demographic has earned it the nickname ‘hedge fund capital of the world’. Sales activity in December 2012 was a staggering 89% higher than December 2011. “We had twice as many houses sell in 2012 than in 2011 because lots of people were looking to avoid the fiscal cliff,” echoes Mark Pruner, a broker withPrudential Connecticut Realty in Greenwich.  “I expect we are actually going to see a bust in January because of it.”

Many of America’s priciest enclaves experienced sale surges in the final two quarters of 2012. Luxury home sellers threw in incentives to get deals done in many of America’s most expensive ZIP codes from Silicon Valley to South Florida to the Hamptons in New York. Those incentives most commonly materialized as price discounts. Such was the case for Tesla billionaire Elon Musk, who purchased a Los Angeles mansion overlooking the ritzy Bel-Air Country Club in the final week of 2012. Originally listed for $27 million in 2008, the estate’s seller reportedly agreed to a $17 million sale price on the condition that Musk, who also founded SpaceX, close on it in 2012.

Both Pruner and Miller draw projections from other tax policies that have affected housing since the downturn. Pruner thinks short-term sales activity in Greenwich will mirror that of 2011′s summer months when Connecticut’s conveyance tax, or the amount of state taxes an owner must pay when they sell a property, went up. That June, the New York City suburb clocked the highest monthly number of sales ever in its history, only to then drop significantly in July when the new tax rate kicked in. Miller points to the first-time home buyer tax credit of 2009-2010, when there was a surge in activity up until its expiration. The expiration of that credit helped fuel a double-dip in home prices.
Still, many luxury real estate experts don’t expect the higher taxes will stifle price appreciation. Rather, they may contribute to it. Inventory is down dramatically across the U.S. — the National Association of Realtors reported that listing inventory of previously owned homes fell 22.5% in November from a year earlier — and will likely tighten further this year, thanks in part to foreign buyers who are less affected by Congress’ ongoing fiscal cliff debates and the higher taxes associated with them.
“I am very confident that the housing market, especially high-end, is going to continue to thrive and improve,” asserts Erik Coffin, chief executive of Gotham Capital Management, a Los Angeles-based real estate firm that works with high-net worth clients on real estate investments. He says foreign buyers, particularly the Chinese, will continue to elevate Southern California’s markets this year thanks to the cache owning a mansion in posh neighborhoods like Beverly Hills or Malibu continues to represent.
But the ongoing demand from abroad isn’t the only reason inventory will constrict. Higher taxes will propel some wealthy owners to de-list the multimillion dollar homes they aren’t highly motivated to sell. “I think you will see non-performing listings perhaps start to drop off the market,” says Miller. These listings may include some of the stratospherically-priced penthouses and massive mansions that debuted in 2012 as so-called “copy-cat” listings in response to other record-breaking home sales.
Higher tax rates will also prevent some owners who, despite being “above water” on their mortgages, from selling in transactions that ultimately could represent out-of-pocket losses. Pruner maps this scenario out in his Greenwich Streets.com blog. “What will surprise sellers is the amount of tax they will face when you add in the gain in their house to their income, particularly for retirees, who bought before 2003,” he explains, noting that one-third of homes in Greenwich could be subject to the higher rates of the new tax deal.
Pruner outlines a recent example in Greenwich:  a family bought a house for a $1 million, put $500,000 into it and then during the housing bubble the value jumped to $4 million. They were conservative and refinanced from $800,000 to $2.5 million on that new $4 million assessment. The post-downturn price dropped to $3 million so they have $500,000 in equity above the mortgage. But a 2013 sale at that current $3 million value would represent $1.5 million of gain. If the couple takes out the $500,000 of exemption, now the home represents a $1 million worth of gain. Under the new 24% rate (including the ObamaCare tax), that would translate into $240,000 tax bill. Plus roughly $30,000 for Connecticut’s conveyance tax. Now tack on a 5% broker commission of $150,000 plus closing expenses.  That $500,000 in equity comes out to less than $80,000 net gain for the seller. So the family holds off on selling right now, adding to the decrease in inventory and ultimately an increase in prices that has less to do with robust buyer demand and more to do with a markedly tiny supply pool.
“Sellers were uncertain and holding houses off the market. Now it will be interesting to see if they put them back on,” says Pruner. “I think you are going to see this equity-gain trap with many people who would like to sell finding it’s not actually a good time to do so.”
County Properties, 26 years of brokerage experience, trust. We offer free counseling in real estate regarding; home values and information on options of selling vs. Foreclosure.
Click here to get loan information before the rates go up. To get started on viewing homes, condos, investment properties, pre-foreclosures, bank owned foreclosures (REO’s) or thinking of selling your property, please contact me today for free counseling at (619) 540-5811.
New Pro-Property Search. We will setup a customized search for you by our professional REALTOR® Team. Sit back relax and shop at home! We will make changes to your Pro-Property Search any time you like, just let us know. Have fun!
By the way…if you know of someone who would appreciate the level of service in real estate we provide, please call me or have them go to www.CountyProperties.net/ and I’ll be happy to follow up and take great care of them.
For Luxury homes
[iframe http://realestatelistings.1parkplace.com/47042/Sandicor/Search?viewMode=gallery 780 2500]