How reliable is Zillow, Trulia,etc. and Online Home values 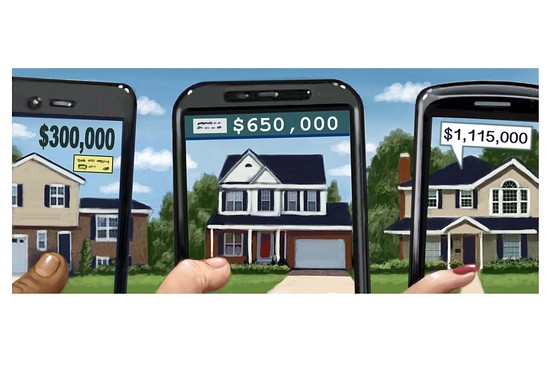 Jason Gonsalves worked hard to turn his 6,500-square-foot stucco-and-stone home in the suburbs of Sacramento into the ultimate grown-up party pad, complete with game room, custom wine cellar and an infinity-edge pool overlooking Folsom Lake. When interest rates fell recently, Mr. Gonsalves, who runs a lobbying firm, looked into refinancing his $750,000 mortgage. That’s when he got startling news—the home had dropped more than $200,000 in value while he was renovating.

Or at least, that’s what one real-estate website told him. Another valued the house at only $640,500. And these online estimates left him all the more confused when a real-life appraiser, assessing the house for the refinancing loan, pinned its value at $1.5 million. “I have no idea how those numbers could be so different,” Mr. Gonsalves says.

Right or wrong, they’re the numbers millions of consumers are clamoring for. After years of real-estate pros holding all the informational cards in the home-sale game, Web-driven companies like Zillow, Homes.com and Realtor.com are reshuffling the deck, giving home shoppers and owners estimates of what almost any home is worth. People have flocked to the data in startling numbers: Together, four of the biggest sites that offer home-value estimates get 100 million visits a month, with web surfers using them to determine what to ask or bid for a home, or whether to refinance. 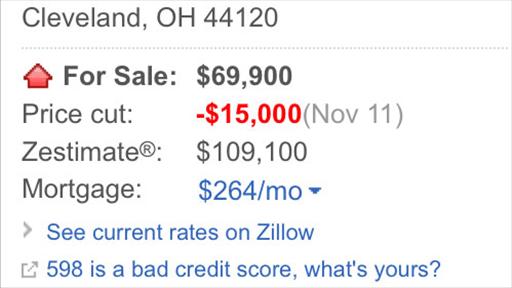 Zillow, Trulia and other websites post estimates of home values. But as Alyssa Abkowitz explains on Lunch Break, these popular sites can be — by their own admission — wildly inaccurate.

But for figures that can carry such weight, critics say, the estimates can be far rougher than most people realize. Valuations that are 20% or even 50% higher or lower than a property’s eventual sale price are not uncommon, as the sites themselves acknowledge. The estimates frequently change, too—sometimes by hundreds of thousands of dollars—as sites plug new data into their algorithms.

All of the competitors make it clear their numbers are guesstimates, not gospel. “A Trulia estimate is just that—an estimate,” says a disclaimer on that site’s new home-value tool. Zillow goes a step further, publishing precise numbers about how imprecise its estimates can be. And every major site urges home-price hunters to consult appraisers or real-estate agents to refine their results.

But despite the disclaimers, homeowners and real-estate agents say, many Web surfers put enough faith in the estimates to sway the way they shop and sell.
After Frank and Sue Parks put their manor-style house in Louisville, Ky., on the market, they watched as Zillow put a $331,000 value on the dwelling in May; by July it had climbed to $1.5 million. (Zillow says the lower estimate reflected errors in its statistical model.) The couple got potential buyer referrals from the site, but they fended off a stream of lowball offers before they sold this fall. Mrs. Parks says the estimate roller coaster “really affected our ability to move the place.”
Determining a home’s value has traditionally been the job of an appraiser, who gathers data on recently sold homes and compares them with the “subject property” to arrive at an estimate.
In the late 1980s, economists started developing automated valuation models, or AVMs, computer models that could analyze data about comparable sales, square footage, number of bedrooms and the like, in a matter of seconds. For years, these tools were mostly reserved for in-house analysts at lending banks.
It wasn’t until 2006 that Zillow took them to the masses, with its Zestimates, which now offer values for more than 100 million homes based on the company’s own algorithms. “Humans don’t make these decisions,” says Stan Humphries, chief economist at Zillow.
Numbers like these have become weapons in the arsenal of consumers like Simms Jenkins, an Atlanta marketing executive, who has recently relied on online estimates to help him both buy and sell homes. “I can’t imagine 25 years ago, when people would just go out and spend their entire Saturday looking at homes,” he says. “You don’t have to do that now.”
But appraisers and real-estate consultants say the online models can veer off target with alarming frequency. Most data for the models come from two sources: records from tax assessors and listing data for recent sales. Collection is a challenge, however, because not every county tracks properties the same way—some calculate home size by number of bedrooms, others by overall square footage. And automated models aren’t designed to account for the unique construction details that often make or break a deal, or for intangible factors like a neighborhood’s gentrification. “You cannot use a computer model in certain areas and expect the value to come out right,” says John May, the former assessor of Jefferson County, Ky., which includes the state’s largest city, Louisville.
For all these reasons, models that banks use often add a “confidence score” to their estimates. Consumer-oriented sites, meanwhile, rely on disclaimers, some of which are eye-opening. Zillow surfers who read the “About Zestimates” page find out that the site’s overall error rate—the amount its estimates vary from a homes’ actual value—is 8.5%, and that about one-fourth of the estimates are at least 20% off the eventual sale price. In some places, the numbers are far more dramatic: In Hamilton County, Ohio, which includes Cincinnati, it’s 82%.
The sites argue that, over time, edits and corrections will help them perfect their numbers—with many fixes coming from their customers.
On Homes.com, anyone who knows a homeowner’s surname and the year the home was last purchased, can edit the details of a property listing in ways that can eventually change the estimated value.
If you want us to do a realtor market evaluation on your property,  please fill out the form below.
[iframe http://tools.1parkplace.com/valueWizard/vluredirect.aspx?userid=47042 750 2100]