No Doubt is appearing in their first tour in five years. We all know they would come back. I’m sure most of us had “No Doubt”. “It was always very clear. We were not breaking up. Hiatus is the best word,” Dumont said last month from Southern California. Fresno gets the first look at the new No Doubt tonight with Paramore as their tour buddy. Though their reunion was announced last year, No Doubt left fans waiting for tour dates until this year. While on hiatus, Gwen Stefani became popular with two albums, including hits like Wind It Up and Rich Girl. Also Gwen had two children, Zuma and Kingston. After Zuma who was born in August of 2008, No Doubt became her main focus again. Stefani wanted to go on a tour for the summer with their old music and urged the band to go along with her. Of course they were worried if they could still get along, but they quickly figured it out. Hope you can make it to Friday’s concert here in San Diego! 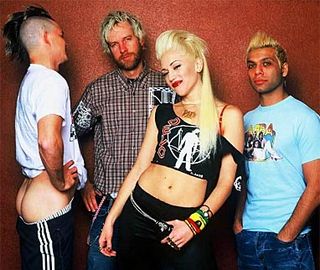